Prophecy and speaking in unknown languages and special knowledge will become useless. But love will last for ever.

We can have all the spiritual gifts in the world, but without love it is nothing- a noisy gong or a clashing cymbal.

Love is patient and kind. It is not jealous, boastful, proud, rude, demanding or irritable.

The gifts of the Holy Spirit such as prophecy will pass away because in heaven they will no longer be needed. Love lasts for ever.

We see things imperfectly now, but in eternity we will see clearly.

This chapter is famously called the “Love Chapter.” It is sandwiched between two sections of Paul’s most extensive teaching on the spiritual gifts.

Some people try to contrast love and gifts. They claim that Paul is saying that love is better than prophecy or speaking in tongues. But he is not giving us a choice of one or the other. He is saying that anything we do in the name of Christ has to be done with love. If we don’t love the people around us, the actions we produce clash with the motives of our heart, rendering them useless.

Some people argue that now we have the complete New Testament, the perfect revelation of God’s will, then the partial things are now useless. There is no place in Scripture that says the gifts will cease.

We must pursue the fullness of the Holy Spirit- love and prophecy, the fruit and the gifts. In this way Christ is glorified in us and through us.

Fill me Holy Spirit. Let every gift and all love be expressed in me. Amen.

They delight in the law of the Lord, meditating on it day and night.

Those who refuse to walk with the wicked or with sinners are blessed. They meditate on God’s word day and night and prosper like a tree that bears fruit in every season. They are the tree of life for the nations and prosper in all they do.

God’s word is life-giving. It brings us to salvation and shows us how to live in God’s ways. The Scriptures correct us when we are wrong and equip us to shine the light of God’s glory in every situation,

We should meditate on God’s word day and night, delighting in His ways.

So many christians give scant attention to God’s word, and wonder why they can’t hear God or find His direction.

To love God is to seek His ways.. To love God means that we want to know more about Him. We do this primarily through reading and meditating on the Scripture.

People often think to meditate we need to empty our minds of all thought. Biblical meditation means filling our mind with Him. We savour the word of God, letting key thoughts, words and phrases go around in our head until they become a part of who we are.

Thank you Lord for your holy word. Help me to be faithful and diligent in reading it day and night. Amen. 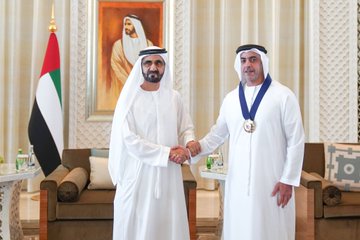 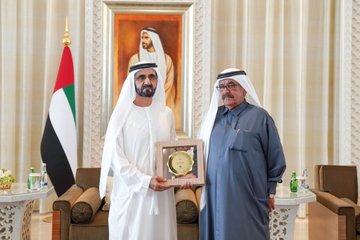 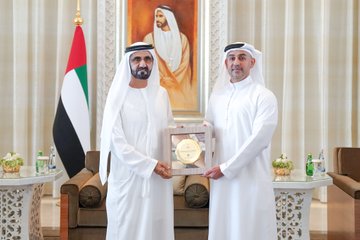 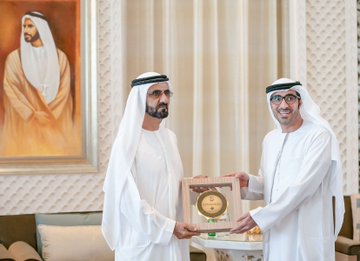 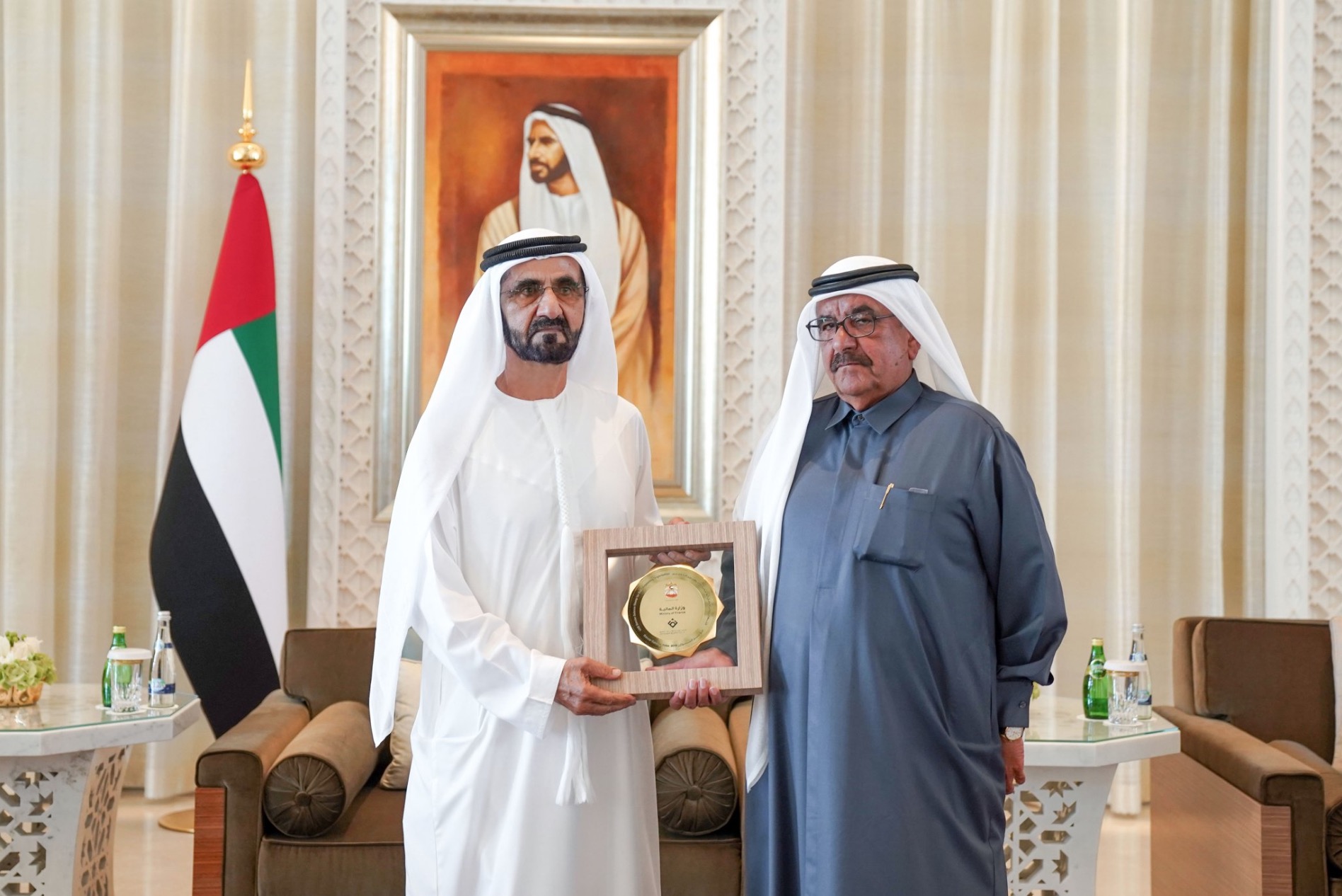 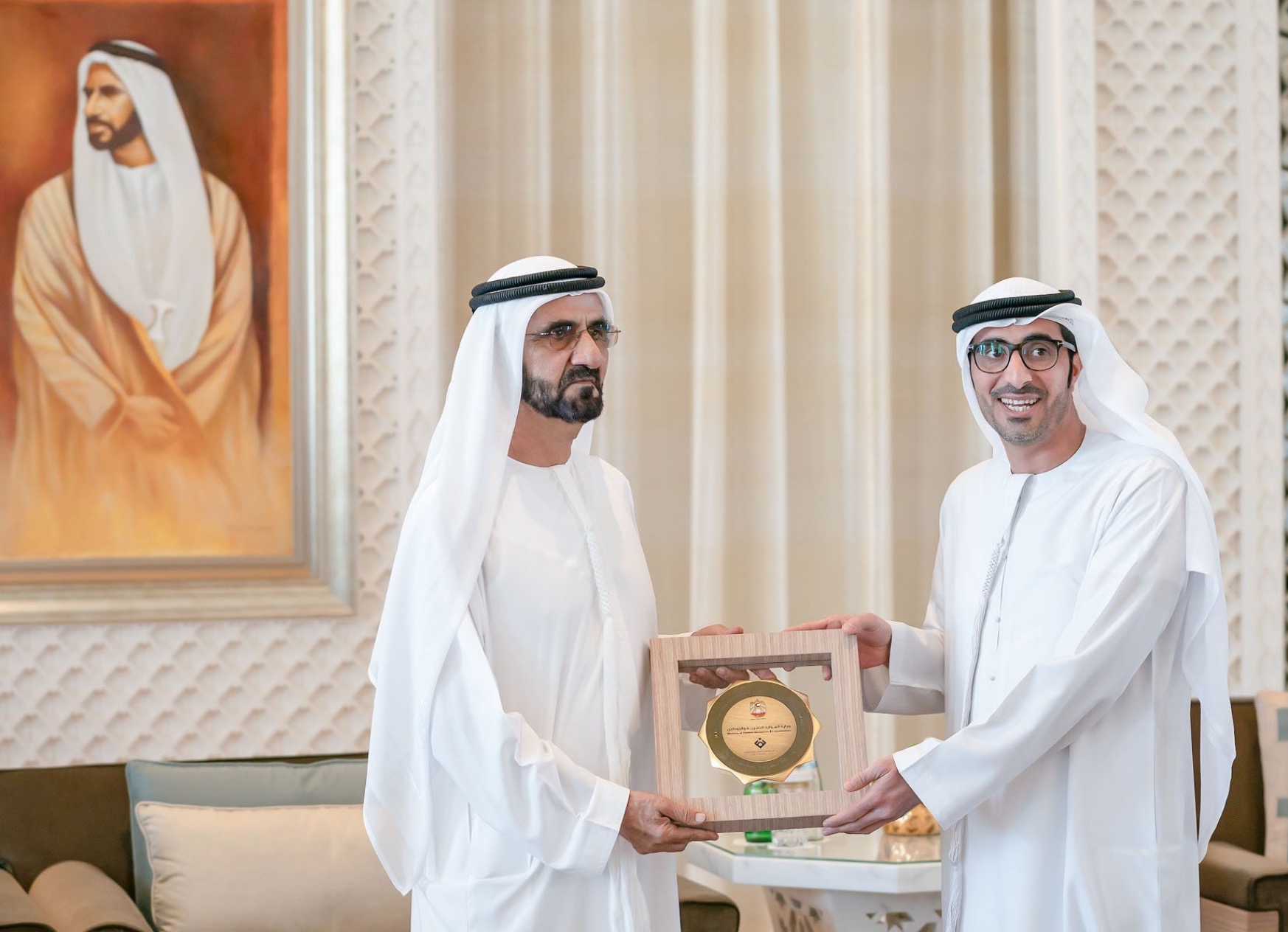 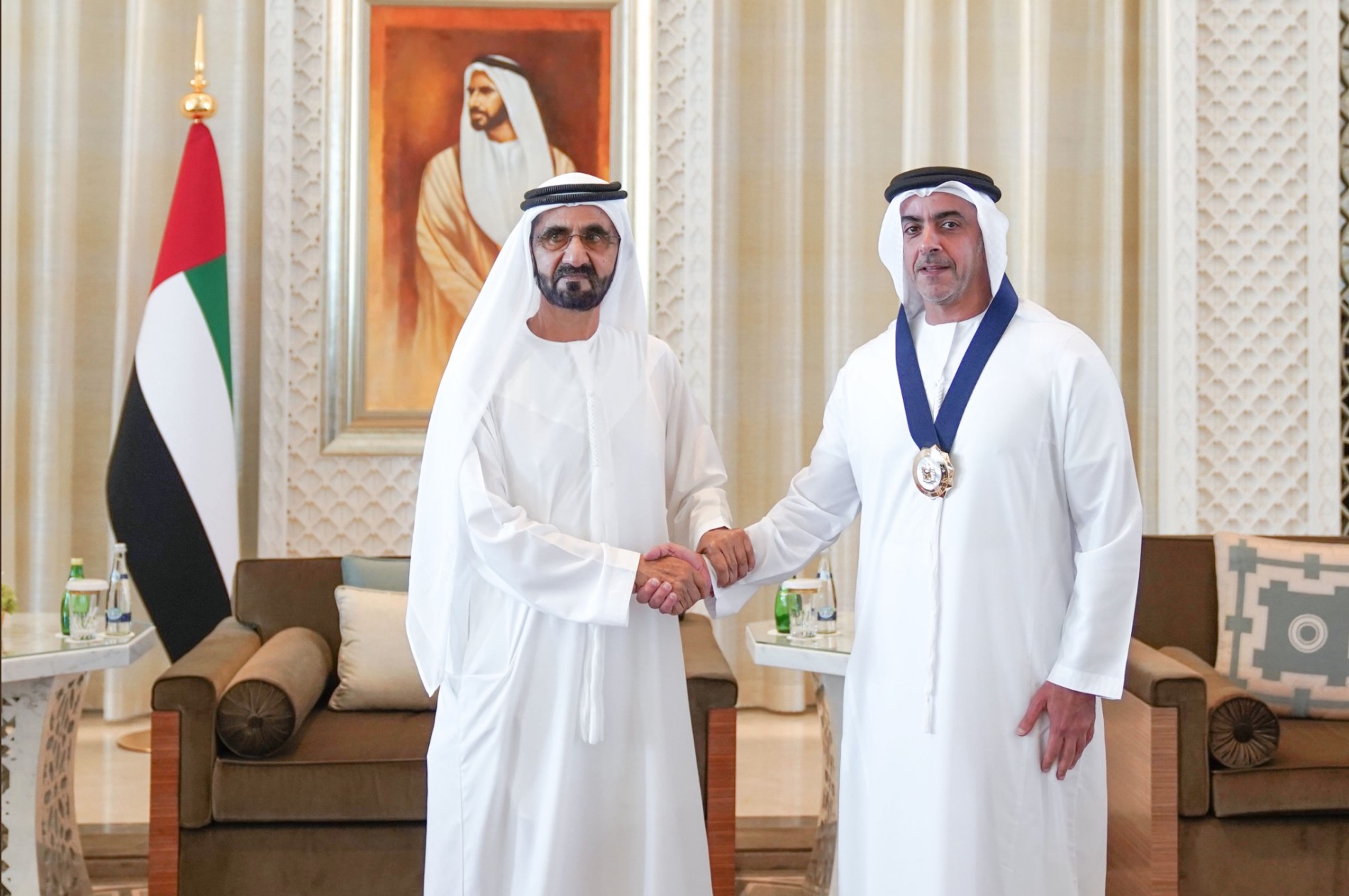 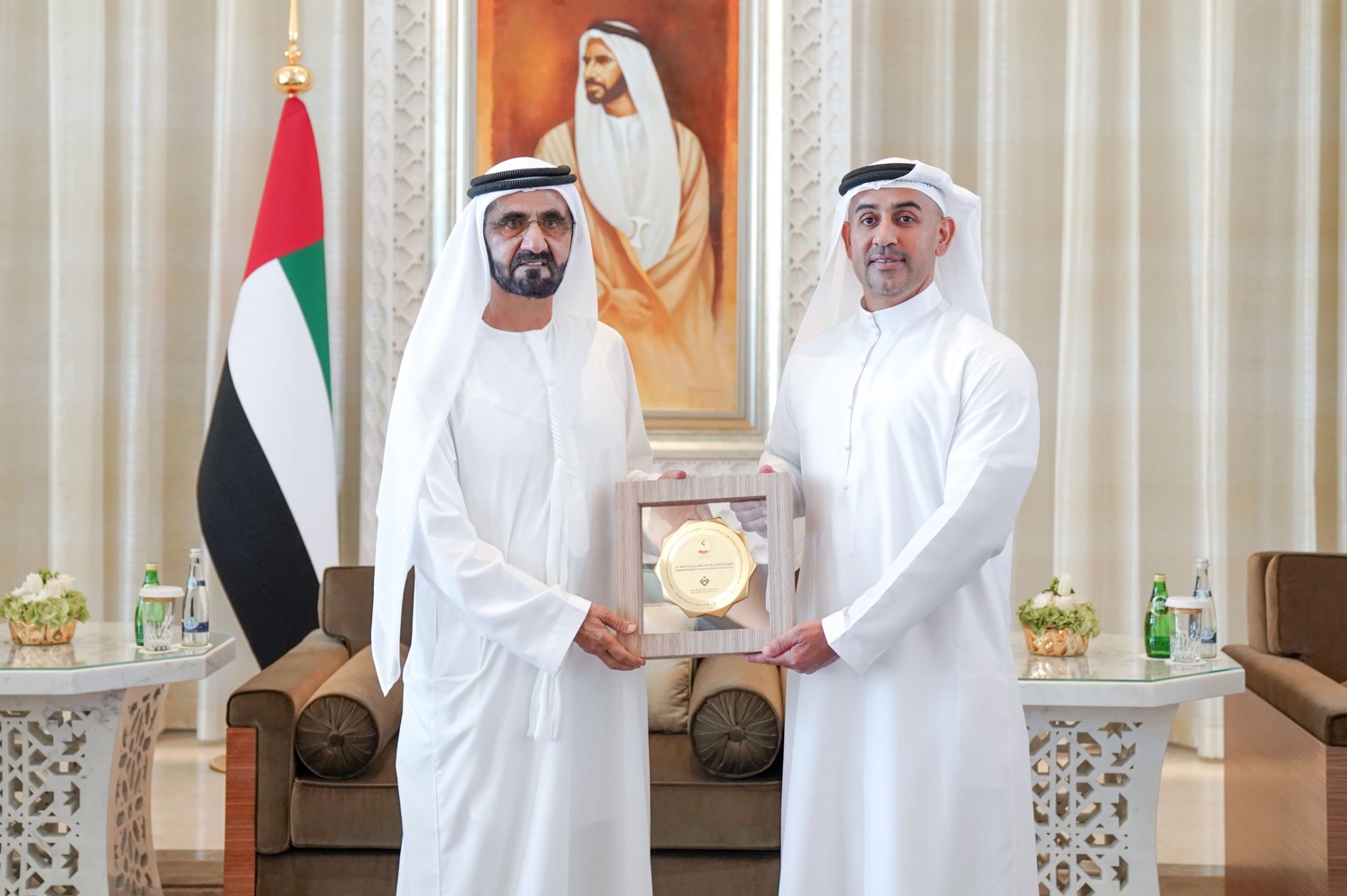 The symbolism of the line of men grilling in the Gillette ad.

Barbara Kay at The Post Millennial puts her finger on what is so disturbing about the central image of the Gillette ad.  The line of worthless men manning their grills symbolizes hard working married fathers. From “Toxic masculinity” in advertising: keeping women scared and men shamed:

For what does a neatly-dressed man standing behind a barbecue signify? Think of every Father’s Day ad you have ever seen. How many of them feature barbecue tools? Maybe 50%? Why? Because when men barbecue, they are usually in a back yard. If men have a back yard, it means they live in a house. If they have a house, they are generally married with children. When men barbecue, they are usually feeding their families and friends and having fun doing it. In other words, barbecue men are deeply invested in family life.

They are, in short, fathers. And what is the easiest way to produce boys who do not understand or respect the boundaries between positive and negative masculinity? Take away their fathers.

The barbecue men are the reason most boys with loving fathers grow up to be strong, productive men: men who will never be a threat to anyone—except to bad guys who never learned the boundaries for—or how to positively channel—aggression, because so many of them had no fathers to teach them.

Kay says that after realizing this she finally understood why the ad prompted such a visceral reaction for her.  I think she is dead on here.  Gillette’s ad isn’t just garden variety misandry, it is an attack aimed primarily at respectable men.  I understood that at some level, which you can see from the title of my original post on the ad, but I didn’t put my finger on the meaning of the men grilling.  It is the masculine equivalent of women baking apple pies.

It is interesting to see that while Christian culture has been going after married fathers for years both via sermons and films with no complaint, when Gillette crossed that same line secular culture was outraged.  I also think it wasn’t a coincidence that the central theme of the movie Courageous was expressed by the Christian men complaining about their fathers while sitting in Adam’s backyard, eating the steaks he had just grilled for them.  The symbolism of the barbecue is important enough in Courageous that the scene appears prominently twice in the movie’s trailer.  The first time is immediately after the words “Fathers Struggling to Connect”, and the second time is when Adam hands the other men his resolution and announces “I don’t want to be a good enough father.”

“I knew you before I formed you in your mother’s womb. Before you were born I set you apart and appointed you as my prophet to the nations.”

Jeremiah was a prophet called by God in the end period of the kingdom of Judah. He carried the Lord’s message during the reigns of Josiah, Jehoiakim and Zedekiah right through to the exile in Babylon.

The Lord called him to this prophetic ministry. The Lord knew him before he was born and appointed him to be a messenger to the nations.

Jeremiah says he is too young. But the Lord replies by saying that He has put His words in Jeremiah’s mouth.

The Lord’s words to Jeremiah are true of all of us. He formed us and knew us before He made us. He sets each person apart for a task or an assignment.

We don’t think of ourselves in these terms. We think calling and appointment are only for the spiritual elites, the top people like pastors, evangelists and apostles.

The fact is that each person was hand- made by God for a specific purpose or a particular task.

Maybe it is leading a cell group, perhaps leading just one person to the Lord, or raising our children to love the Lord.

Whether we are called to pull down and raise nations, to raise children or visit people in a nursing home, this is God’s mission and He appoints people to the right place.

Steve Stewart, leader of Impact Nations, a short term missions group, has a favourite saying. “You were made for this!” It doesn’t matter what the “this” is. You were made for a task that nobody else can do.

Lord God, you made the heavens and the earth. You fashioned me to be your instrument. Help me to fulfil your mission. Amen.

Climate alarmists like to go on about how climate change will be deadly as more “extreme weather” events kill people.

As usual the truth is different as Bjorn Lomborg point out.

Bjørn Lomborg writes on Facebook about some new and surprising data that turn climate alarmist claims upside down.

This is clearly opposite of what you normally hear, but that is because we’re often just being told of one disaster after another – telling us how *many* events are happening. The number of reported events is increasing, but that is mainly due to better reporting, lower thresholds and better accessibility (the CNN effect). For instance, for Denmark, the database only shows events starting from 1976.

Instead, look at the number of dead per year, which is much harder to fudge. Given that these numbers fluctuate enormously from year to year (especially in the past, with huge droughts and floods in China), they are here presented as averages of each decade (1920-29, 1930-39 etc, with last decade as 2010-18). The data is from the most respected global database, the International Disaster Database. There is some uncertainty about complete reporting from early decades, which is why this graph starts in 1920, and if anything this uncertainty means the graph *underestimates* the reduction in deaths.

Notice, this does *not* mean that there is no global warming or that possibly a climate signal could eventually lead to further deaths. Instead, it shows that our increased wealth and adaptive capacity has vastly outdone any negative impact from climate when it comes to human climate vulnerability.

Notice that the reduction in absolute deaths has happened while the global population has increased four-fold. The individual risk of dying from climate-related disasters has declined by 98.9%. Last year, fewer people died in climate disasters than at any point in the last three decades (1986 was a similarly fortunate year).

Somewhat surprisingly, while climate-related deaths have been declining strongly for 70 years, non-climate deaths have not seen a similar decline, and should probably get more of our attention.

If we look at the death risk for an individual, seen below, the risk reduction is even bigger – dropped almost 99% since the 1920s.

The sermon for January 29th 2019 is now available on the New Life web-site.

In this sermon Tania talks about being more like Jesus.