From ACL, a timely warning about where our society is heading in regards to the freedom of Christians to be Christian.

Scripture seldom commands us to do anything directly in relation to the State.

A rare exception is found in 1 Timothy 2, where Paul urges us to pray for those in authority – “for kings and all who are in high positions…”

But it’s not just prayer in general. It is prayer for a specific thing – “that we may lead a peaceful and quiet life, godly and dignified in every way. This is good, and it is pleasing in the sight of God our Saviour, who desires all people to be saved and to come to a knowledge of the truth.”

This is prayer that the governing authorities might grant us to live in peace, even as we live godly lives.

Paul is saying we should pray for religious freedom.

In our own nation religious freedom is on the ropes. As Christians, we are less free to live godly lives than we were a year ago.

Many small changes have come along over the years, but the same-sex marriage law was a decisive moment.

The law on marriage used to tell us not only what marriage is, but that gender is ordered a particular way, sexuality is directed towards a particular end, and family is structured around both gender and biology. It was a heteronormative foundation for society. It taught us a great deal about human relationships.

The law on marriage now tells us something quite different about all of these things. Gender does not matter, sexuality is fluid and open-ended, family is whatever we say it is.

But it’s worse than that.

The great English common lawyer Sir William Blackstone wrote that, in an English legal system such as ours, laws are “rules of right conduct.”

It is accurate, therefore, for me to say that the law on marriage now tells us that gender must not matter. Sexuality must be fluid and open ended. Family must be a flexible idea.

As Christians, we have a collection of convictions about marriage, creation and the human person which are contrary to the new rules.

We have a collection of beliefs that are, strictly speaking, against the law.

Can such beliefs be declared as true and the alternatives false in our preaching?

Can we declare the same thing in our conversations with others?

Can we create institutions and businesses that not only codify these beliefs, but conduct all of their activities in accordance with them? What about Schools? Campsites? Charities?

Can we be fit and proper people to live in society without suffering disapproval or even persecution? To hold qualifications? To teach in schools? To work in corporations and governments?

ACL’s work in the field of religious freedom indicates that the answer is increasingly uncertain.

A Tasmanian pastor is currently fighting a Supreme Court case to preserve his freedom to write blogs on marriage and distribute Christian literature in the street.

A Western Australian couple are fighting for the right to become foster parents after the agency told them it would be “unsafe” to place young children in their care because of their Christian convictions on human sexuality and gender.

A CEO was summarily dismissed for expressing his opinion on the Safe Schools program at work when challenged by a colleague.

Teachers, university academics, students, public servants and professionals across the nation are being placed under suspension, discipline and are even being sacked for their beliefs.

Faith-based schools are being sued by transgender activists because their policies reflect the belief that God made us male and female.

All these and more are cases receiving aid from the ACL.

Without very robust religious freedom protections, Christians are now sitting ducks. Our beliefs are against the law and it will become increasingly obvious with time.

Now is the time to do something about it. The window of opportunity is fading fast.

It is worth noting that Paul and Timothy could do little more than pray. They did not live in a democracy where political action was possible. They couldn’t vote, campaign, speak to their MP, or run for parliament.

But Paul set us an example for action by making the most of the scant opportunities to speak truth to power when they came his way.

The Lord told Ananias concerning Paul that he would speak to kings.

By Acts 23, Paul is speaking to Governor Felix and in Acts 26 he is telling his testimony to King Agrippa. No opportunity was wasted.

God has given us a great gift: the freedom that comes with life under democratic rule.

We live in an age where we can all make representations to our rulers, either directly or through lobbying platforms that unite and amplify our voices like ACL.

If Paul had contemplated the possibility in his time, I am certain he would have told us to both pray and act.

That is why I am asking you to do three things:

Let’s not squander our gift of freedom whilst we still have it. 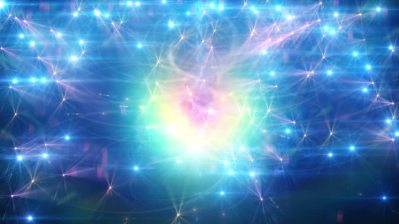 For God who said, “Let brilliant light shine in the darkness” is the one who has cascaded his light into us- the brilliant dawning light of the glorious knowledge of God as we gaze into the face of Jesus Christ.

Paul doesn’t preach himself but Christ. Christ is the source of the light of the glorious knowledge of God.

We are the ordinary clay pots that carry the treasure of God’s presence. So when Paul is beaten and persecuted, he does not give up. As an apostle, Paul is constantly handed over to death for Jesus’ sake so that the life of Christ is released into His people.

It is God’s nature to cause light to shine into the darkness. Evil flees the light but goodness seeks it.

We can know God’s glory- really know it- through Christ. This intimate knowledge of God is like a light that sears through our souls cleansing evil from us and restoring us into right relationship with Him.

This light, this transforming glory, comes as we gaze upon the face of Jesus Christ. Some translations express it as “stand face to face with Him.”

Radiance cascades from the Father, through the Son and into us as we seek Jesus. How do we do this? Prayer, worship and Scripture. These are the channels through which we talk to Jesus face to face.

Here is the miracle: God chooses His glory to rest on ordinary people- clay pots. The container does not matter, just God’s presence.

If only we could see the treasure that is so freely available to us, waiting to cascade over us and through us.

I need to daily, constantly seek to spend face to face time with Christ, to let God’s glory fill and refill me.

Lord, fill me with the glorious presence of your Spirit so that your light will shine round into the darkness. Amen.

As Samuel grew up, the Lord was with him, and everything Samuel said was proved to be reliable.

The boy Samuel grows up serving the Lord in the Tabernacle. In those days messages from the Lord were rare and visions were uncommon.

One night, as Samuel is sleeping, the Lord calls to him. Samuel thinks it is Eli calling so he goes to find out what is wrong. Eli tells him to go to sleep. This is repeated three times before Eli works out that it is the Lord calling Samuel.

So the Lord speaks to Samuel and warns him that judgement is about to fall on Eli and his two sons. Eli instructs Samuel to tell him everything the Lord has said.

As he grows up Samuel develops a reputation as a prophet who accurately hears from the Lord.

What a sad time in the history of Israel that very few people heard from the Lord or saw visions from Him. Samuel comes onto the scene as someone special who hears the Lord and speaks boldly for Him.

We live in such an age in the church. Very few people accurately hear the Lord, but we should all be like Samuel. The Holy Spirit has been poured out onto the church and all we who are born again and filled with the Holy Spirit should be listening for the voice of the Lord.

Unbelievers are turning to all kinds of false teachers because they are desperate for a touch from the Lord. If they cannot get it in the church they will go elsewhere.

We need to be like Samuel, practising in listening to God, cultivating and growing in the gifts of the Holy Spirit.

Lord, please help me to listen to your voice. Show me how to grow in discernment and in prophecy. Let your voice be heard in the church and beyond. Amen.